The big fall is know locally as “The Niagara of the West” as it has a greater drop than Niagara although it is much narrower.

The evenings are getting colder. Next week's weather forecast shows temps below freezing at night. Guess which direction we are heading? SOUTH! 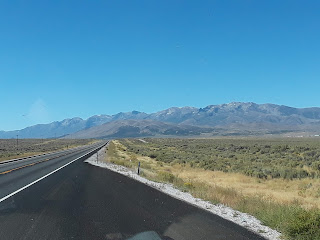 It seems like we are being drawn back to Arizona. Actually that's a pun because it's art events that are happening that is making us go!

Rt 93 keeps on heading south and we kind of like driving a road it's whole length. This one ends in Wickenburg AZ. We've been there before and we have some great friends just North of there, John and Debbie. We began our RV adventures at the same time and we all looked at the same coach as our first class A purchases. We bought the Rexhall and they bought the Country Coach we'd seriously considered. So that's where we are headed before we start into art!

Las Vegas is on the way and strangely we kind of like the place. Strange because neither of us gamble. But there is much more to Vegas than just the casinos so we stayed in Boulder City, at the Elks Lodge naturally!
We arrived on Taco Tuesday, progressed thru Burger Thursday, got invited the the Annual Picnic Saturday and finished with spaghetti on Wednesday! We are definitely going to have to diet when we get back to Casa Grande!

Between meals we explored the Neon Museum and Red Rock Canyon (one of Vegas's secrets). We discovered the International Food Market which has an incredible variety of foodstuffs from all over the world. We spent $80 in a heartbeat on all the English specialty stuff we can't get anywhere else, plus some Indonesian sauce mixes we've never seen anywhere else but here. 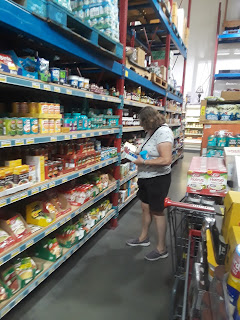 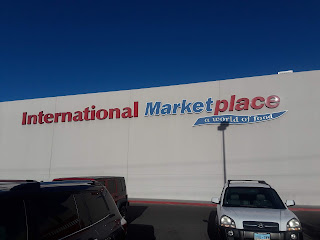 John and Debbie in Prescott Valley welcomed us with open arms and Gizmo their dog with licks! A week flew by. I had promised myself I'd paint at Watson Lake Park and finally did but before we could blink we were headed South again with a plan to stay 2 nights at the Phoenix Elks while I attended the monthly members meeting of the Arizona Plein Air Painters Association.

In a great surprise Bud and Judy Swartwood friends from our motorcycle days in San Diego saw we were in town at the same time they were visiting friend here. In the blink of an eye we were sitting catching u on each others news over coffee. We just live for these unexpected meetings. Nice seeing you Bud and Judy.

Being the “No plans kids” we found ourselves in Phoenix at 11am and not in the least ready to stop. We decided immediately the we'd carry on to Casa Grande and spend an extra 2 days there at our winter “Home” before carrying on towards Bisbee where I have an art event coming up.

We managed to surprise several of our friends in the park by showing up unannounced!!

Posted by Brian and Barbara RV'ing at 7:11 PM