We are on the road

So the house was supposed to close Monday, Salvation Army could only pick up the furniture on Thursday which meant that we would have to be camping in the rig in the drive until the house closed.

We called the realtor who called the escrow company, who said we didn't need to be present for the closing so long as we had an internet connection.

So we decided to leave either Thursday evening or Friday morning depending on when the drapes we ordered for the rig arrived as they were supposed to be delivered Wednesday and of course weren't.

The Salvation Army said between 10 and 1. The place we ordered the drapes from said 10 days plus 2 days shipping.

Neither of them were accurate. Salvation Army showed up at 2pm and the drapes never arrived at all. Irate calls to both resulted in the truck for the furniture showing up and a vague "We'll call the manufacturer of the drapes"

The drapes couldn't be shipped until Monday which didn't help so we asked our friend Marsha to call at the factory and pick them up and we'll call when we're in a place for a week or so and she can ship them to us.

We could be in Yuma in 4 hours. I had to stop after 50 miles and re-tighten the wheel nuts after the tires were replaced. We thought we'd stay at the Escapees RV park in Yuma but when we got there they were closed for the summer! As it was 100+ degrees maybe it was a wise decision. We found an Encore park that was open and just hooked up the electrical so we could have the AC on. It was a hot sticky night.

Saturday we set out for Congress AZ and another Escapees Park. Just North of Wickenburg. Nice park but 105 degrees!! Luckily it cooled off around 8pm which coincided with the end of a game of "Hand and Foot" with new friends in the clubhouse.

We'd never heard of it either but the 4 nice ladies who helped us learn were a real treat. They were delighted that we'd been full timing for a day and a half. They'd all been full-time for at least 10 years.

We found we had  5 random TV channels. To make up for it the park has a terrific book and DVD library. The suggestion is "take what you want and donate them to the next Escapee Park you stay in.

What a cool philosophy

We explored Wickenburg (Although we have been here before for RV Boot Camp last year.). We took a drive up to Prescott and tried to find the components to make another lighting cord for the "Toad" after we tore the last one up doing a U turn thru a convenience store and grounded out the tow bracket on a sharp curb, We've been there done that already so we need to come up with something better. 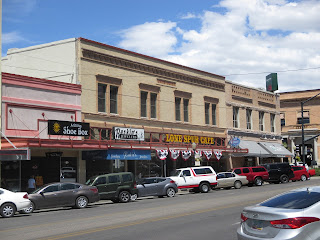 
Monday came and we hung around all day waiting for the closure on the house which never came. By 4.30 I was calling the realtor and the escrow company. Turns out the seller's mortgage company hadn't completed their paperwork in time so it might be Tuesday or even Wednesday before the thing gets done.

We went to the office and extended our stay for 2 more days (Hey we're retired right no hurry) and went back to Prescott to explore some more. Then back to camp for the evening. 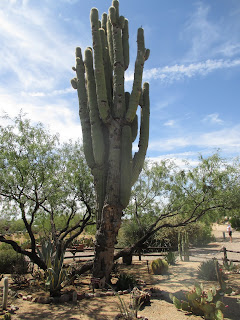 When exploring the 5 TV channels we were getting I discovered that I'd unplugged the amplifier for our antenna at some point. When I plugged it back in we had 27 channels! The wonders of modern electronics!!!