I’m an unrepentant Airplane Nut. I have been one as long as I can remember. My bedroom was full of model airplanes hanging from the ceiling. My allowance was spent on new models, paints, balsa wood. And the best thing ever was an airshow.

Museums come next. Smelling, touching, seeing airplanes, especially old and preferably very rare ones is where I get my kicks. 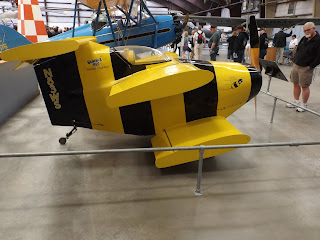 There is a very special place in Tucson AZ. Actually it’s two places but they are so tightly connected they seem to me to be one. They are the Pima Air Museum and Davis Monthan Airforce Base.

Davis Monthan is legendary amongst fellow airplane nuts. Know around the planet as “The Desert Boneyard” it is where the US military stores and scraps it’s outdated aircraft. 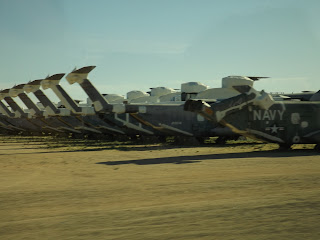 In the past it has seen fleets of B52’s parked in the desert in case they might be needed, then seen them cut up for scrap when they weren’t. Now it’s full of C5’s, F-15’s, P3’s, C130’s and hundreds of T24’s. According to the tour guide there are 4500 aircraft there today with a mix of fixed wing and helicopters. 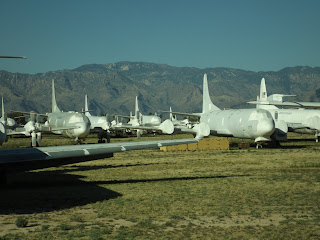 Immediately next door is the Pima Air Museum. I first visited there in 1985 with a fellow airplane nut Tommy Wilson. Back then it was mainly outdoors but had some rare aircraft like a B24 and an A12. It got most of it’s collection from the Boneyard simply by moving the fence and towing them in. 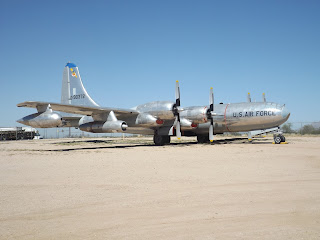 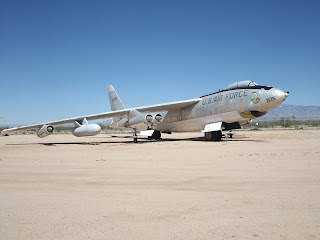 Today it’s HUGE. 5 hangers and 80 acres of aircraft displayed outside. It’s at least a full day to see everything. The tour bus of Davis Monthan is run by the museum and the only way you can see the Boneyard (Unless you have Military ID is via the museum.

Be aware that the Boneyard tour fills up fast so get there early. We arrived at 11am and got seats in the LAST TOUR OF THE DAY at 3.30pm.

I was in Hog Heaven, Barbara was glad to get a rest on the tour bus for an hour after walking around the Pima facility for 4 hours!

Posted by Brian and Barbara RV'ing at 6:35 AM No comments:

Getting ready to roll again

Wow did the last 3 months go by fast! 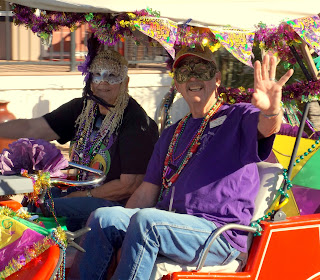 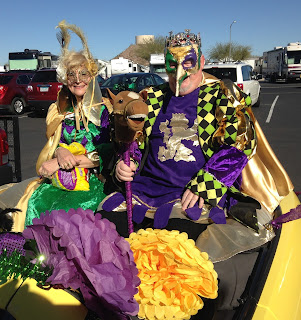 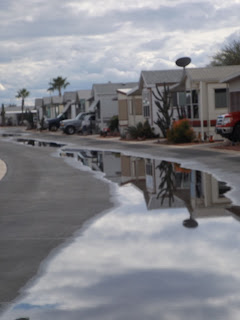 We even got some rain here in the desert
We checked in at Sundance 1 in Casa Grande December 1st and it will soon be March 1st when we check out again.

That means lots of things to do to get the rig ready for another year of fun. On the list is service for the slide and leveling jacks, engine oil and filter change, carpet clean, wash and wax the outside, check all the fluids, inspect the roof, check tires and inflation, inspect the tow hitch and all the associated stuff for towing the Fiesta.

The Fiesta got ANOTHER new clutch assembly under warranty, then new tires, new brakes aren’t far down the road either, but we have another 5,000 miles before we need to change the oil on it.

Meanwhile our friends Scott and Suzanne showed up on their way to California. We got together with them and caught up with the news. The measure of how popular Casa Grande is with the snowbirds is that not only is this park completely full but when Scott and Suzanne looked for somewhere to stay, every RV Park in the city is full. They ended up about 50 miles away.

I’ve been painting up a storm lately. When the sun is out I’m at my easel on the patio. I’ve completed 7 paintings and I’m working on 3 more! I hope now I’ve got back into it I can keep going once we start travelling again. Maybe that will be the spur that makes me stay places for a couple of extra days? I know Barbara gets tired of upping sticks all the time, so maybe that will work for both of us. 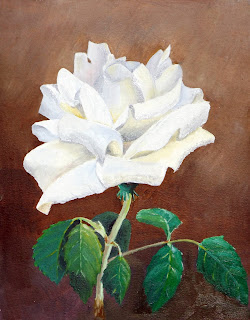 White rose from my garden
Oil on board 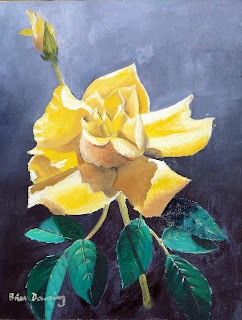 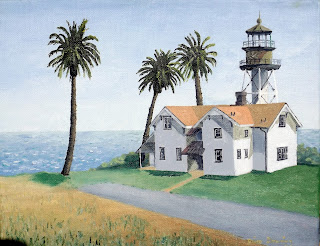 The local RV dealer came over and fixed (we hope) the problem we were having with the slide creeping out when we were driving along! Not a good thing to happen but luckily it would only go out ½” not the whole way. They changed one of the 2 solenoids.

The RV Tech was a very friendly guy and showed me how to change one by myself as he warned me that the second one usually fails shortly after the first one. We ordered a spare just to be safe.
They didn’t even give us a bill! He said just drop by the store and they’ll make up the invoice, when we did they charged $45 for the service call and $47 labor plus the part which I thought was a bargain.

When we wandered round the store we found some overhead lights for $17 and bought a couple to replace ones with bad switches in the kitchen area.
A couple of hours of bad language soon had that 5 minute job done.
(Except 2 don’t work at all now).

A quick trip to Mexico interrupted the work. We took a bus trip to Puerto Penasco (Known as Rocky Point by the gringos). 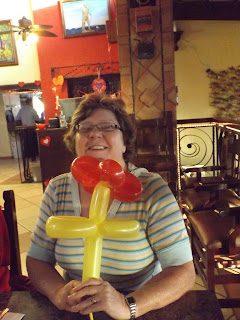 A Valentines Day flower for Barbara 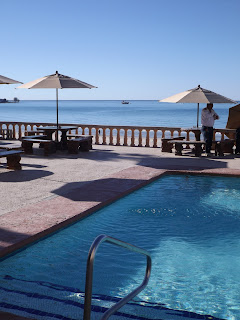 It was an OK trip, spoiled for us by the “Organizers” who had the schedule changing constantly.
On the full day there, there was an optional whale watching tour that we weren’t interested in. They said the bus would be coming back to the hotel and pick up anyone who hadn’t taken the whale watching trip. Apparently it did but they failed to call us and tell us when. So although they called other people, we were stuck in the hotel alone instead of getting the opportunity to have dinner with friends.

The next day the idiot came up to us and laughed it off saying “Well you didn’t miss much”. 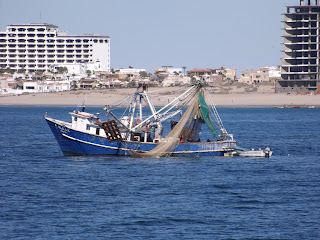 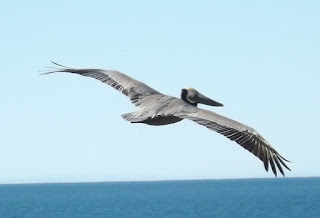 It was a picturesque place however and we enjoyed the time we spent there on our own.

I think we liked Rosarito more however.
Posted by Brian and Barbara RV'ing at 2:01 AM 1 comment: