It will be April soon

We bumped into one of the Photo Club Members during the Casa Grande Art Associations annual “Studio Tour” and he asked if I was interested in going on a Jeep ride out to an old abandoned mine. I was in like a flash and had a great time. Thanks Darren.

Every year the winter suddenly ends when we realize it's going to be a couple of weeks until we move on again. This winter is no exception and the “3 weeks to go” panic is upon us!

The big project has been to get our “New to Us” car (a Mazda MX-5 which everyone in the US calls a Miata even though Mazda has dropped that name).

When you want to tow a car “Flat” or “4 down” you have to make some modifications to it. Flat or 4 down means that it sits on it's own 2 wheels and you pull it behind your motorhome. You have to ensure that it can be towed that way, FMCA publish a list of what vehicles can be towed by model year, and under what conditions. Some need the battery disconnected. Others have to be towed on a “dolly”. Some can only be towed if they are completely off the road on a trailer.

The particular model of MX-5 we have is supposed to be one that CANNOT be flat towed per Mazda. I have however been talking with a gentleman who has been towing his for 6 years and 50,000 miles without any damage, and he knows several other people who also tow them.

This of course is AT OUR OWN RISK. If we break it we will have to pay to fix it. This may see crazy but there are several other vehicles listed as not towable by the manufacturer but actually can be. Stick shift Mini's come to mind, and we've met several people who have towed them many 10's of thousand miles without problems.

So I'm taking a chance.

We bought a used tow bar for the motorhome last winter in Alabama and it came with the majority of the parts needed for the car too. I was almost going to tell the seller to keep the car side of it as it was a different make than we had on the Fiesta, but she didn't want it and I threw it in the storage area and forgot about it.

The first thing we needed was some way of attaching the car to the tow bar on the motorhome.

The Fiesta was fitted with a Blue Ox system, which is quick, light, easy to use and secure.

There are a few manufacturers of towing systems, the biggest I think being Blue Ox and Roadmaster. The motorhome originally came with a Roadmaster towbar and the company who set the Fiesta up changed out the end fittings to Blue Ox ones to suit the car. We've been very happy with the Blue Ox setup.

We found that only Roadmaster sold a tow bracket for this model MX-5, which unfortunately we couldn't get Blue Ox adapters for, so we were stuck with the somewhat clunky Roadmaster connectors.

I ordered the bracket and a wiring adapter kit from Etrailer.com and they shipped them free and FAST!

I considered trying to fit it myself as the only mechanical change was drilling out 4 existing holes to 1/2” diameter. The problems were that the campground doesn't allow car repairs on site, and the work requires removing and replacing the whole nose of the car to get at the area the bracket mounts to.

I decided to leave the work to Whitaker Auto around the corner from the park, who did great work on the motorhome this winter.

The parts I bought from Etrailer where just the parts on the car. Roadmaster's system requires a series of plates, bars and pins on the outside of the car to provide the link to the tow bar on the motorhome. We were so lucky, the parts we bought in Alabama and didn't want back then fitted right on the MX-5. All we needed was a pin that cost $20.

Modern cars are full of computers. Those computers can be damaged by stray voltages and connecting directly to the existing brake, turn and running lights creates those stray voltages. The answer is and electrical device called a diode which lets electricity flow in 1 direction only. The wiring kit came with special diode setups which allow the brake lights on the car to function as both brake and turn signal lights and the running lights to come on with the motorhome lights when towed. When not plugged in to the motorhome they function as designed.

That basically is the whole setup.

Now knowledgeable RV'ers will yell “Foul! You need a braking system for the car”.

There is a problem. The law requires trailers over a set weight to be equipped with a braking system with a “Break away” feature to stop the trailer in case it gets detached from the tow vehicle. A car isn't a trailer. If you tow a car behind another car, you aren't obliged to link the braking system of the 2 vehicles. That's the problem, and there is a LOT of discussion about it. We fitted the Fiesta with such a system at great cost.

In Canada a couple of years ago (thru my own fault), I towed the car with the brakes partially on and did $4000 damage.

We've never used it since and never found a need for it.

So, I decided not to fit the brake system at this time.

Scott and Suzanne who we've known since our first Escapees Rally and just before we all went full time, sent us a message that they were going to be near Phoenix on their way west. A few phone calls and we were all sitting around in the Elks Lodge followed by dinner out. It was so good hearing about their adventures and sharing ours.

Somehow the Art scene has burst wide open in the final 2 weeks here. Tuesdays is the Inter Community Art and Craft group, Wednesday is Life Drawing, Thursday the Sundance RV art group, now I have discovered a “Plein Air” painting group who go to different venues on Saturdays and paints outdoors! The rest of the week I have to draw and paint on my own!

All this bodes well for next year as I should be able to pick up where I left off and get stuck straight in.

We arrived safely back and were re leaved to find that out outdoor chairs and the big mats were still there. We were laughing about how good it was to be “Home” after being away “Camping” for the weekend.

We started to hear people talking about leaving next week and realized that February is nearly over. The Snowbirds are getting ready to migrate back north. March 1st was when we left here 2 years ago too. Most Snowbirds will be gone by April 1st when we leave.

Why April 1? We want to see some Spring Training Baseball games! 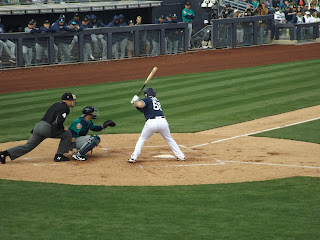 For our UK readers Baseball is basically like rounders in UK. It's the National Pastime in the US. Winter is Football, Summer Baseball. The season starts in April but it's too cold in February and March in the Northern States for the teams get in the pre-season practice games so the teams have training camps in warmer climates like Florida and Arizona. Last year we went and watched the Baltimore Orioles play in Florida and now we're watching the San Diego Padres. It's good to have a couple of “Home Teams”. 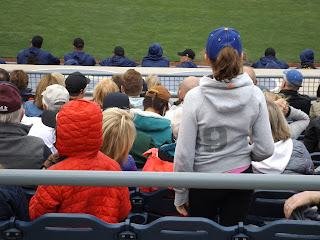 The O' Odham Tash Rodeo is in town also. Named after the Native American tribe here, the rodeo has several events over the course of a week. There's and All Indian Rodeo, a Canadian Roping event as well as the regular rodeo which is a “Ranch Rodeo”. That mean the events are more focused on practical farm and ranch work rather than the Professional Rodeo that has bull riding etc, 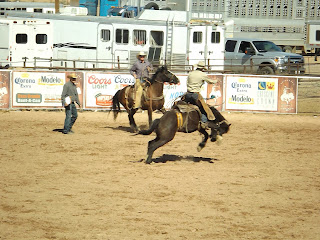 We like these events and have been to several on our travels. I shot over 200 photographs in a couple of hours and there are several paintings burning in the back of my head. 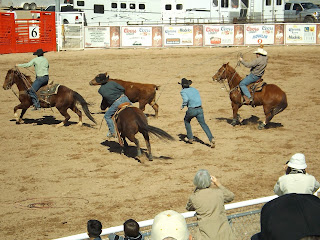 My art side has been getting fed lately too. I joined the Casa Grande Art Association and found they have a live model open studio on Wednesday's. An open studio is an event where interested artists gather with their on drawing/painting equipment and a model comes in for about 2 hours. Each artist contributes about $5 to pay the model. The model starts out holding poses for 2 minutes, then changes to another pose for a further 2 minutes. After several 2 minute poses (During which you have to try and make a drawing of that pose), the time increases to 5 minutes, then 10 or 15 minutes and finally 30 or 30 minutes. Occasionally they have a “Long pose night” in which the model holds the pose for perhaps 45 minutes. 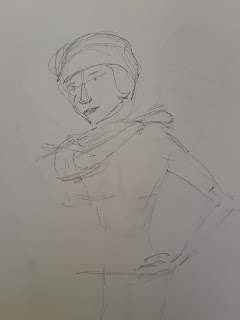 No instruction is given in these sessions, you are on your own. 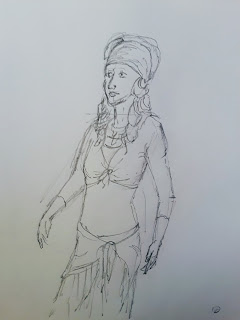 Each set of poses let the artist warm up with quick gestural drawings and then gradually move on to more detailed drawings and/or paintings. 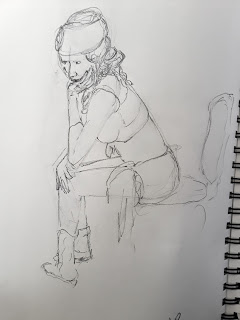 I love the challenge of the quick poses and my figure drawings have improved enormously. My previous portrait classes in San Diego helped too. 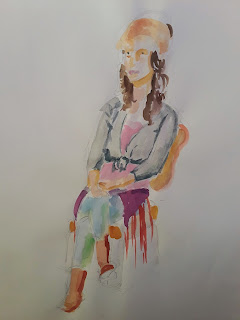 Tuesday morning is the Inter Community Art and Crafts Association meeting where all kinds of art and crafts are done all at the same time. It's a very inspiring atmosphere. I'm going to do a presentation on perspective for the group soon. Most beginning artists have trouble with perspective. I'm also giving a painting class at the “Adult Day Camp” the library is holding. That should be good.

Thursday is the Sundance 1 RV Resort zentangle and artists get together. They have one of the craft rooms for the whole day and again it's a very inspirational atmosphere with lots of good advice and encouragement.

We bumped into one of the Photo Club Members during the Casa Grande Art Associations annual “Studio Tour” and he asked if I was interested n going on a Jeep ride out to an old abandoned mine. I was in like a flash and had a great time. Thanks Darrel. 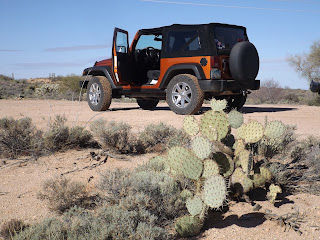 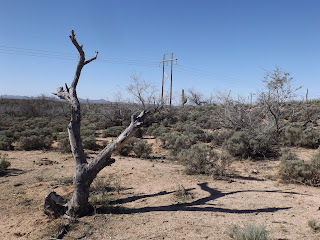 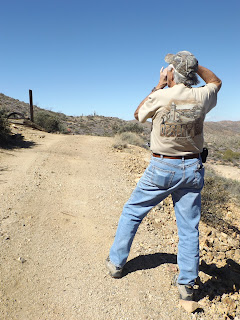 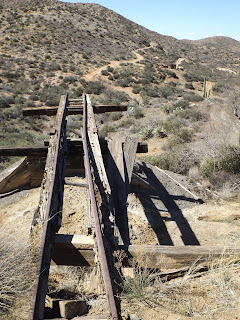 Posted by Brian and Barbara RV'ing at 7:58 AM No comments: